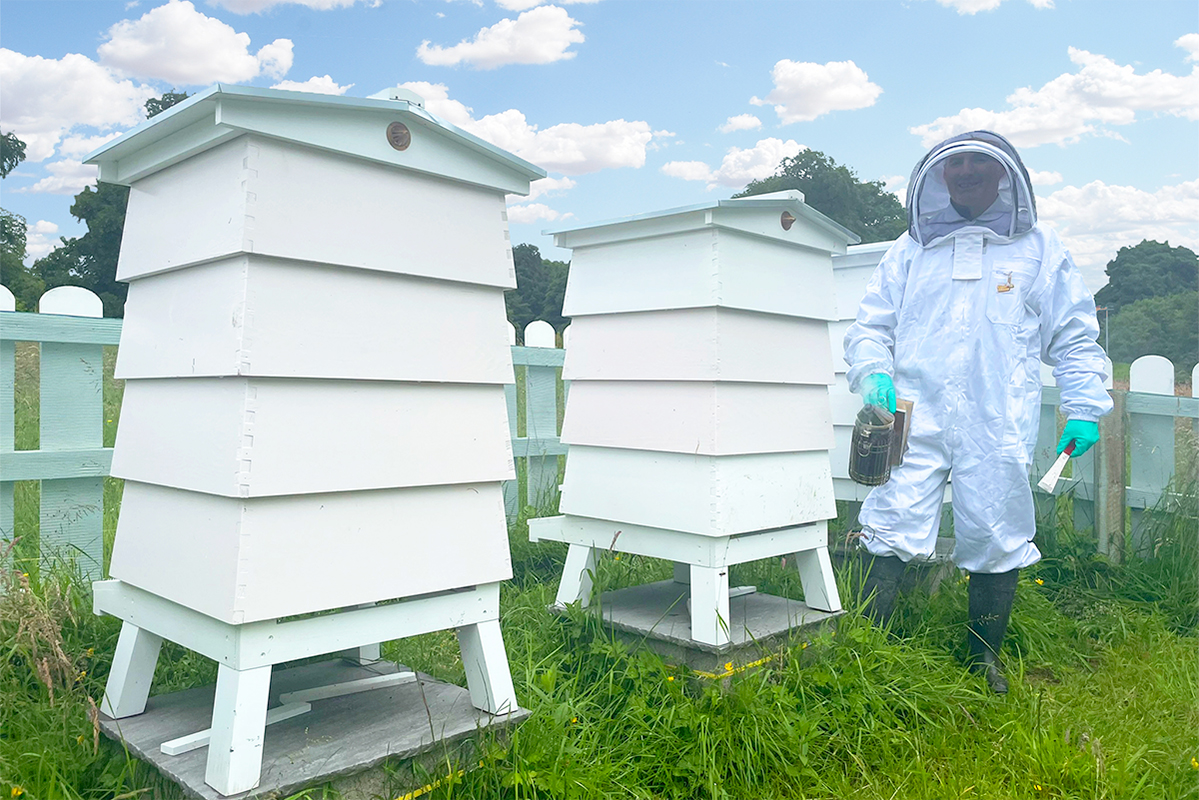 Mannok’s Packaging team has established three new beehives at the front of its facility to house three developing native Irish honeybee colonies. The colonies have each tripled in size since their arrival, and there is now approximately 150K new honeybees busy producing honey on site.

The new honeybee colonies mark a significant step in the company’s commitment to protect nature, one of the three core pillars of Packaging’s Sustainability Strategy. In particular, the hives put the team on track to achieve its first target under this pillar, to “establish a new beehive on site with 250K bees by 2022”. The introduction of the new colonies also helps Mannok maintain its commitment to the All-Ireland Pollinator Plan.

The three colonies were collected from a beekeeper in a neighbouring county on an evening in early May and transported to the Packaging facility in Ballyconnell, Co. Cavan, where they were installed into the new white iconic, traditional garden beehives. Within hours of daybreak the following morning, the bees had reorientated to their new site and quickly got to work foraging for nectar, pollen, water and sap, tripling in size within 4-6 weeks.

Commenting on the success of the colonies so far, Thomas McCaffrey, New Product Development Manager at Mannok, who is also Chairperson of the Fermanagh Beekeepers Association, said,

“The honeybee colonies, which myself and my colleague Niall Lunny (also a beekeeper) have jointly been looking after, have greatly expanded due to the abundance of forage in the local area. Mannok is committed to enhancing its land to benefit biodiversity and has planted over 500K nectar rich flowers and native trees to date. The abundance of gorse, dandelion, wild cherry, sycamore, horse chestnut and Hawthorne plants and trees around our location is a huge benefit to these native Irish bees, also known as ‘Black’ Bees or the North European Honeybee (Apis mellifera mellifera).“

“It’s a pleasure for myself and Niall to share our beekeeping skills and knowledge with others in the Mannok team and help to enhance our local environment by increasing the number of bees in the area, which are crucial to developing nature. Along with Niall, I inspect the colonies every 10-12 days and ensure the bees are happily producing honey. We look forward to extracting the honey in August and we hope we will have a small jar of honey for everyone in our team.”

As well as sharing his beekeeping skills and knowledge with Mannok, Thomas McCaffrey has been sharing information on the different types of bees and their importance to pupils at Mount Lourdes Grammar School, one of Mannok’s partners in its schools’ partnership program. During a recent visit to the school, with a demonstration hive containing queen, drone and worker honeybees, Thomas shared an engaging presentation with Year 10 pupils to help them understand the vital role honeybees play in plant pollination and food production.

For more details on what Mannok has done to date to protect nature and what it has planned, download and read its: 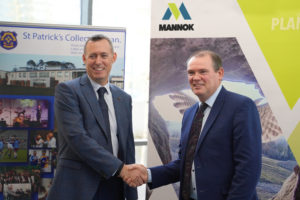 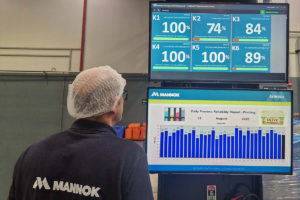 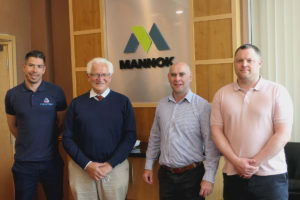